Carl Levin announced today that he will decide in two weeks if he will retire from his US Senate seat representing the state of Michigan. It was previously rumored that Justin Amash, a 2nd term libertarian Republican from Michigan’s 3rd congressional district, is considering running for Levin’s seat should he retire.

If true, an Amash run for Michigan would be a fascinating electoral prospect. Could a libertarian win statewide in a deep blue state like Michigan? Others like Rand Paul have won statewide in deep red states, but even for a libertarian with crossover appeal on many issues, it would be sailing into the wind. Would Amash’s moderate stance on some social issues make Democrats more likely to vote for him or Republicans to vote against him? Or would his further right stance on fiscal issues turn off more Democrats than the former would attract?

Or would issues matter at all? Amash is young (at 32, only 3 months older than me!), energetic, and unafraid to buck party trends. He also has an engaging social media presence that positions him as a leader in 21st Century politics. He explains every significant vote he makes on his Facebook page, and posts regularly from his official and personal Twitter accounts. While useful as an outreach tool, that kind of online presence could  also become a liability in a more highly scrutinized Senate campaign.

What do his recent victories tell us? Amash was first elected to the House in the Tea Party wave of 2010 with 59.7% (133,714 votes) in his district, which includes Grand Rapids and Battle Creek. He was reelected in 2012 with a smaller 52.7% (173,529 votes). He gained more votes the second time, but less of a margin because of the higher Democratic turnout of a Presidential election year. According to the Presidential election results from his district, though, Amash may not have the crossover appeal that his ideology might suggest. Mitt Romney won that district with 53.1% (though Obama won it in 2008 with 49.7%), almost exactly but slightly over Amash’s share of the vote, which means some who voted for Romney likely voted for Amash’s opponent as well. That doesn’t bode well for anyone crossing the aisle in a statewide Senate race. Contrast that with Paul Ryan, who won Wisconsin’s 1st district with 54.9% while Romney(/Ryan!) won the same district with 51.6% (Obama actually won it in 2008 with 50.8%). Ryan gets 3% crossover vote in his district, but Amash loses 0.4% or breaks even. Would that change statewide in another non-Presidential election year? Republican Rick Snyder won the Michigan governorship in the off-year of 2010 with a similar margin as Amash’s initial congressional win. Would an off-year Senate race have the same cross-partisan prospects?

All this is moot, of course, if Levin decides to run again. No one would stand a chance against a 35 year veteran of the Senate in a safely partisan state. We’ll find out in a couple weeks!

So…what was the point of that?

After blocking the 60-vote requirement to end debate on Chuck Hagel’s nomination for Secretary of State in the Senate two weeks ago, saying they needed more information and more time, Republicans have relented and with few exceptions (Rubio, Paul, Lee, Johnson, etc) voted for cloture and allowed for the final confirmation vote to proceed this afternoon (almost guaranteed to pass). The thing is, we got no new information. Hagel didn’t turn over his financial documents as requested, no speeches to foreign bodies were provided, nothing changed. Well, except the votes of half the minority party.

This has become an uncanny pattern in Congress going on three years. An issue comes up, or Democrats propose an idea, Republicans explode with outrage about how terrible, unconstitutional, or dead-on-arrival it is, stonewalling ensues, a few test votes fail, Republican poll numbers on the issue plummet, and they eventually accept most or all of what was proposed to begin with. This surrender takes the form of what they usually call an “imperfect deal” that they “had to accept” because doing nothing would be worse. “I didn’t like everything that was in it, but we got the best deal we could”, the ubiquitous cop-out goes.

This “strategy” has been repeated on nearly every major issue since the GOP won back the House in 2010:

What good is a minority opposition party if they just roll over at the end of every debate after having only succeeded in turning the public against them? I suppose they’ve at least prevented anymore Obamacares or Dodd-Franks so far, but at what cost? I guess we’ll find out after the 2014 elections.

Today it was announced that Mitt Romney would speak at the Conservative Political Action Conference in March. The itinerary already included such forward-looking GOP luminaries as Newt Gingrich, Sarah Palin, Mitch McConnell, and Rick Santorum. Sure there are also the Rand Pauls, Marco Rubios, and Paul Ryans, planting their seeds for 2016, but can we please stop focusing on the past? We lost big in 2012, and we need to retool and focus on how to win next time. Romney, Santorum, and Gingrich aren’t going to get us there.

In contrast, CPAC’s explicit exclusion of groups like GOProud, a gay conservative organization, is politically and culturally backward-focused. The battle over social equally, especially issues like gay marriage, is over. Tolerance and inclusion have won, demographically (73% of voters under 30 support gay marriage). This doesn’t make them all Democrats, of course (just mostly – 60% under 30 voted for Obama), but if the GOP and its front organizations continue their cultural Battle of New Orleans, they very well may be, and permanently.

In light of the meteor and asteroid activity today, a mysterious entity known as “SMOD” has been invoked a lot on Twitter and other social media. I still get asked who or what it is regularly, so I thought I’d give a concise explanation of what #SMOD means.

In early 2012 during the Republican presidential primary, it became clear that (in some conservative pundits’ opinions) there was not going to be a candidate strong enough to unseat President Obama. At this point, the great Ace of Spades decided to throw his support behind a new candidate, Sweet Meteor of Death (or, SMOD). 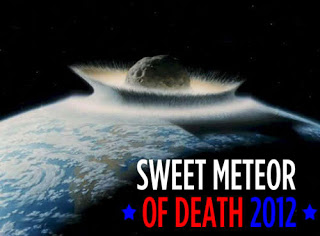 SMOD turned out to be the perfect candidate for our times. It would put an end to petty partisan bickering, and solve all our social, economic, and political problems…once and for all. RedState also endorsed it, and a Twitter handle sprang up. Soon, SMOD even had an issues ad:

Invoking SMOD (or its Twitter counterpart, #SMOD) is a symbolic throwing up of the hands in disdain and disgust. When you encounter something so mind-numblingly stupid that you think humanity can’t possibly survive much longer, or doesn’t deserve to, there’s SMOD. When a #facepalm or a #headdesk won’t convey sufficient horror or dismay, there’s #SMOD. When you reach the point of frustration where the only reasonable solution is cosmic global apocalypse, there’s SMOD.

Hopefully the next election turns out better so we don’t have to come up with an even…stronger option:

In 2010, Marco Rubio ran against sitting governor Charlie Crist in the Republican primary for US Senator from Florida. He was thus dubbed the “Tea Party” challenger. He won that primary and the general election, and he is now giving the official GOP response to the President Obama’s first second-term State of the Union next week.

Also in 2010, Rand Paul, son of long-time Congressman from Texas and occasional presidential candidate, Ron Paul, ran against a then Kentucky Secretary of State Trey Grayson in the Republican primary for US Senator from that state. He was also dubbed the “Tea Party” challenger.” Grayson had been “recruited by GOP leaders” lost, Paul won, and he is now giving the “official unofficial” Tea Party response to the State of the Union immediately after Rubio’s response.

Quite simply, the term has lost its meaning. Why do we keep using it? It unnecessarily and counterproductively splinters the right.

The great Loren Heal has a more direct reason why:

Public support of the Tea Party brand has fallen sharply. Rasmussen polling finds that “only 30% of Likely U.S. Voters now have a favorable opinion of the Tea Party. Half (49%) of voters have an unfavorable view of the movement. ”  Yet 62% favor smaller government.

It’s time to stop calling everything to the right of John McCain the “Tea Party”. That turns people off. We need to reinvigorate the real terms of the debate and get back to simple conservative, libertarian, and Republican branding.

Since he made his national debut at the Democratic National Convention in 2004, the debate over Barack Obama’s political ideology has been fierce and lasting.  His DNC speech was seen as a unifying, nearly conservative message. His voting record in the Illinois state senate and US Senate was one of the most liberal in either body. He ran his 2008 campaign in a manner similar to his 2004 speech, with mostly broad strokes of “hope” and “change”. Since elected, his administration has seemed a curious mix of all sides on foreign, fiscal, and social policy. Many of his supporters, and even Obama himself, see him as a mainstream Republican, while his critics of course see him quite differently, some as a radical Marxist. So how can we tell for sure?

There are many tools to rate ideology on a scale to compare with others. I find the Political Compass to be particularly useful. It doesn’t cover specific current policy issues, but uses broad ideological questions to place a person a two-dimensional scale of economic and social freedom.

Unfortunately, their editorial about the 2012 election and placement of the candidates on the graph was frankly absurd, placing him in the exact same ideological range as Mitt Romney, and closer to far-right Constitution Party candidate than the ideological center. Madness. The fact that they place pro-choice, pro-legalization, pro-open borders, pro-gay marriage Libertarian Party candidate Gary Johnson in the exact center of the libertarian/authoritarian spectrum should tell you how reliable their editorial decisions were here.

But the survey itself is still useful. So I went through it, answering each question as honestly as I could to reflect the actual votes and policies of Senator and President Obama over the last 8 years, and came up with this result:

While Political Compass themselves rated him as a far-right authoritarian (obviously without using their own survey data), and some of his specific policies have been moderate (tax cuts, medical marijuana raids, etc), it’s clear from the actual questions within the Compass itself that President Obama is far left economically and moderately libertarian socially.

For comparison, my own Compass result: 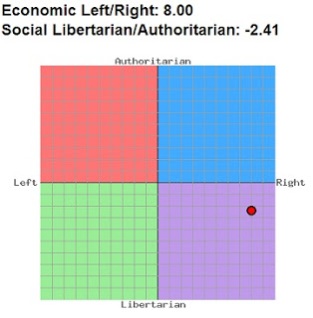 If you’re interested, below the fold are screenshots of the survey pages showing the answers I chose to represent Obama policies and views as best I could. If you disagree with how I’ve represented him, feel free to share how you would have answered for him. 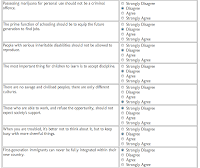 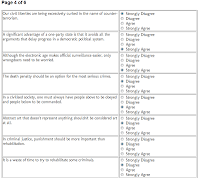 AuthoriDad
Create a free website or blog at WordPress.com.