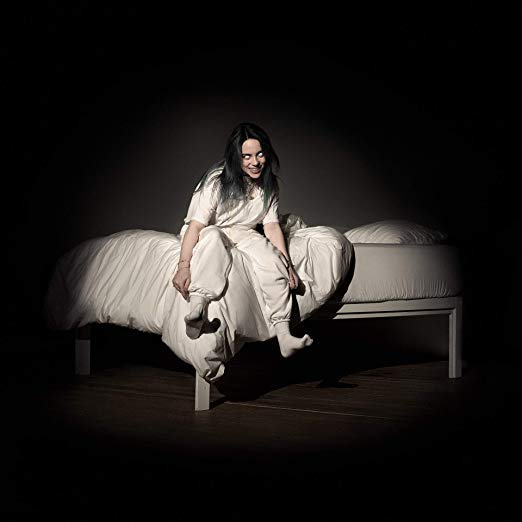 Billie Eilish – When We All Fall Asleep, Where Do We Go?
The 2010s found its Kurt Cobain in the form of a tiny California teenager in baggy shirts and fluorescent hair dye. Her sound is a combination of Lorde and Lana, but her songs, produced by her brother, Fineas, is transcendent and unique. The ’20s are going to be Billie’s to conquer if she wants it.

Dermot Kennedy – Without Fear
An Irish singer-songwriter whose acoustic-based love songs sound ripe for primetime network TV, but underneath the heavy beats and gravely crescendo of his voice is the wisdom of adventure, love, and loss.

Bring Me the Horizon – amo
“This shit ain’t heavy metal.” No, it’s so, so much better. When you strip away the unrelenting scream of your early material, add melody, texture, strings, synths, and come-as-you-are unconditional love, you get the album of your career. This album is a mood.

Tool – Fear Inoculum
It took 13 years, but it was well worth the wait. While not the visceral emotional journey that 10,000 Days was, Fear Inoculum is Maynard, Adam, Danny, and Justin at their synchronous best. The songs are long, the drums are fast and hard, the bass is gut-churning, and the riffs are face-melting. While “7empest” was the breakout Grammy-nominated surprise, the 4-minute instrumental bridge in “Pneuma” may be the best music they’ve created in 20 years.

Post Malone – Hollywood is Bleeding
The biggest face-tatted teddy bear in pop music didn’t rest on his laurels after last year’s global smash album. Even more retro pop and emo than before, Posty did the music world a favor and re-introduced Gen-Z to Ozzy Osborne. 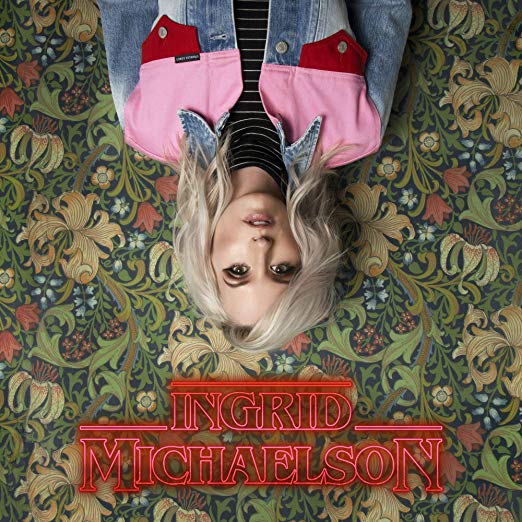 Ingrid Michaelson – Stranger Songs
If you had “concept album about the characters and events of the Netflix series Stranger Things by a formerly folksy singer-songwriter” on your 2019 bingo card, you win! One of the best new Christmas songs in recent years is a haunting tale of memory and hope, “Christmas Lights”, about the Byers household decorations/communication system. 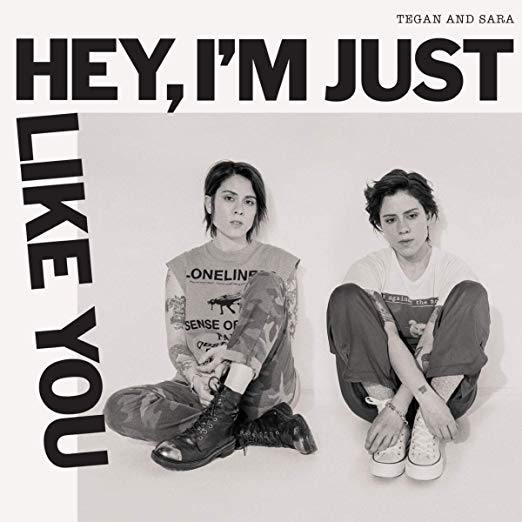 Tegan & Sara – Hey, I’m Just Like You
A collection of songs written when the sisters were teenagers but never released, now updated with their more recent shimmery pop sound. The album was accompanied with a memoir, “High School”, and an acoustic sit-down confessional tour. Having seen them perform in a coffee shop 20 years ago, I have to say none of these things surprise me. 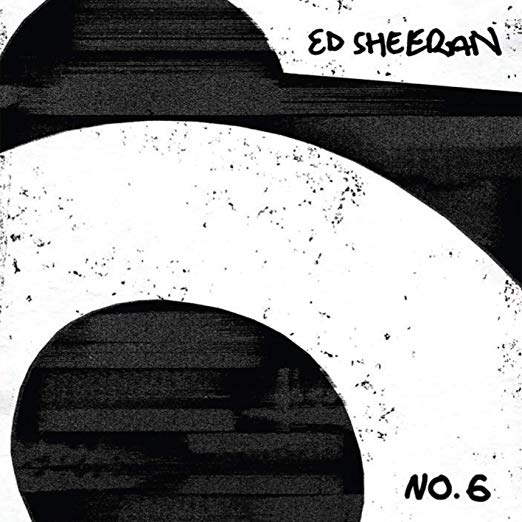 Ed Sheeran – No. 6 Collaborations
The last collaboration album by everyone’s favorite (or least favorite) Irish rapping troubadour came out before his debut album and features no one you’ve ever heard of. This one…not so much. Heavy on the hip-hop and drowning in A-list guests, I’m literally shocked that it wasn’t nominated in literally every Grammy genre this year.

Lizzo – Cuz I Love You
Like Billie Eilish, Lizzo burst onto the scene this year with her debut album. Also like Eilish, Lizzo has been working these songs through the depths of the industry for several years. Once again like Eilish, Lizzo became an instant style icon for her unique take on femininity and body positivity, though with the exact opposite amount of clothes as Eilish.

Hozier – Wasteland, Baby!
Ireland is so hot right now. While “Take Me to Church” may be his only big hit, Hozier’s second album is just as strong as that debut. “Nina Cried Power” is a rousing battle cry like we haven’t heard since Rage Against the Machine broke up.

Dido – Still on My Mind
A quiet, timid-sounding return for England’s breathy pop princess hiding some surprisingly profound lyrics. Motherhood seems to have been kind to Mrs Armstrong, though Rollo, her producer brother, could try a little harder next time.

Tove Lo – Sunshine Kitty
Sweden’s best songwriter/sex kitten has found love, but you wouldn’t know it from her album this year. These songs may sound like glitchy, dancey fun, but they’re full of heartbreak and kiss-offs that show just how well she can write outside her native language and personal experience.

Ariana Grande – thank u, next
Ariana was already a star before last year, but she conquered the charts with 2018’s “Sweetener”, and decided she wasn’t satisfied in 2019, releasing another full album, several collaborations, and a double live album before the end of this year. The follow-up to “Sweetener” could have been called “Saltener”; the songs here are more attitude and affect than love and light. 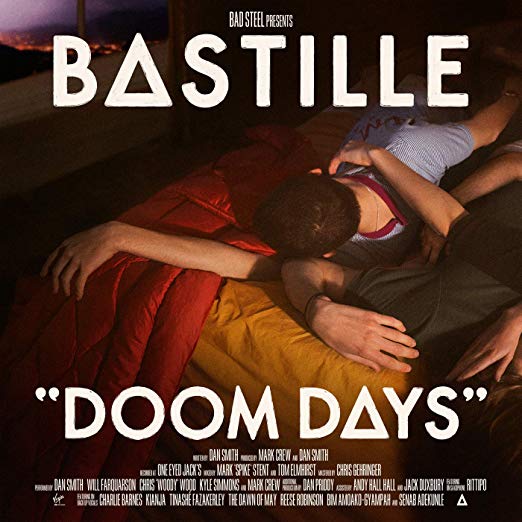 Bastille – Doom Days
In the absence of a fun. reunion, Bastille have become the standard-bearers for a certain brand of uptempo pop debauchery, celebrating late nights, good times, and fuzzy memories. This may be their most consistent album yet, and it’s closer, “Joy”, one of their finest moments.

Slipknot – We Are Not Your Kind
The masked metal freaks’ first album in 5 years, after a short intro it opens with what is probably their best song in twice that long, “Unsainted”. And no, it’s not all screaming. That’s the point.

Banks – III
If Tove Lo is Sweden’s sex kitten laureate, Banks is America’s. Her voice has gotten a little more shrill over the years, but songs like “Gimme”, “Godless”, and “Alaska” prove she can still use it to peak slithery, saucy goodness.

James Blake – Assume Form
Although he’s become almost as much of a hip-hop chorus feature than a solo artist lately, James Blake’s bleeping, bleating falsetto is still just as staggering and statuesque. Doesn’t hurt to have Andre 3000 and Travis Scott on your side. 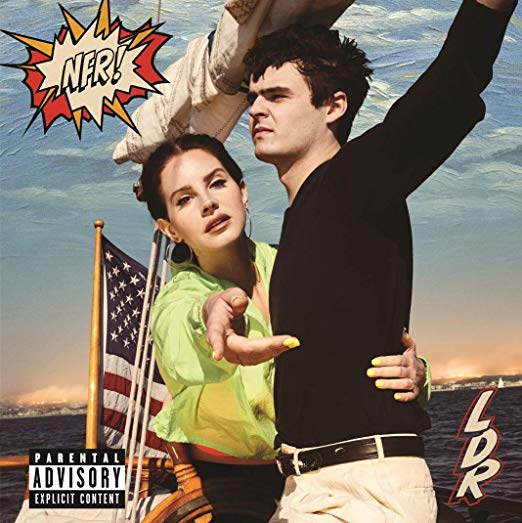 Lana Del Rey – Norman Fucking Rockwell
While everyone seems to think this was the best album of the year, I think it falls well short of that while still being very, very good. The best song on it isn’t even hers – the surprising though completely obvious Sublime cover, “Doin’ Time.” Her best song here, “Hope…” came out a full 8 months before the album and seemed like a one-off single ballad, though it’s a stunning, soul-piercing one.

FKA Twigs – Magdalene
Apparently what r&b needed in anno domini twenty-nineteen was to be more baroque. Twigs’ angelic falsetto soars over string arrangements straight out of the Renaissance. If hot girl summer was the apex of 2019, sad girl winter led by Twigs, Lana, and a new Billie single was its fitting, melodramatic climax.